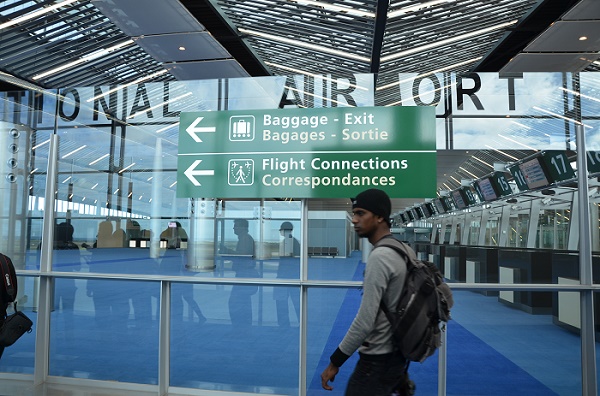 From the 1st of January till mid December 2015, some 3 million of visitors have transited through the Sir Seewoosagur Ramgoolam International Airport of Plaisance. When official figures for 2015 will be communicated, the threshold of 3 million visitors would have been reached. For the same period in 2014, 2 916 411 passengers transited through the airport.

Turkish Airways innovates To sum up, on the 15th of December 2015 Turkish Airways had inaugurated its first flight linking Istanbul, Mauritius and Madagascar. Henceforth, 3 weekly flights are scheduled every Tuesday, Thursday and Saturday, serving those 3 countries.

ACI awards two prizes to Sir Seewoosagur Ramgoolam International Airport, Plaisance The Sir Seewoosagur Ramgoolam International Airport, Plaisance was recently awarded two Airport Service Quality (ASQ) awards from the Airports Council International in the following categories: Best Airport by Region (first place) and Best Improvement by Region (first place). The country was also awarded Best Airport by Size (2 to 5 million annual passengers worldwide). It is important to note that the ICA takes into account the experience and opinion of travellers, from check-in procedures to departure, regarding the services provided in 300 airports worldwide to award these prizes.

Enhanced security Regarding security at S.S.R International Airport, Plaisance, security measures have been enhanced since the dismantling of a fictitious bomb on board the Air France flight 463 in December last.