RES sales are taking up 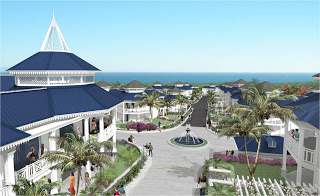 At the Board of Investment (BOI) is very optimist. The sales of apartments and RES villas should exceed 20 units and 1500 jobs created. The foreign investment contribution is as consequent. “The sales have increased. Not less than 60 villas have been sold in three months. This is proof that we have not been affected by the two previous years’ crisis. In 2010, we are expecting between 200 to 250 units’ sales, which is equivalent to direct foreign investments amounting Rs 1, 5 billion”, explains Jaysen Arunachalam, Senior Investment Advisor of the BOI real estate and hospitality department. Care of Raju Jaddoo, the BOI general director to resume: “It’s the realizations that count.” What is an RES? How is it different from an Integrated Resort Scheme (IRS)? For comparative purposes, an RES is presented as being an IRS smaller version. Its realization is made possible through enactment, in 2007, of the Investment Promo Act and the Investment Promotion Regulations. 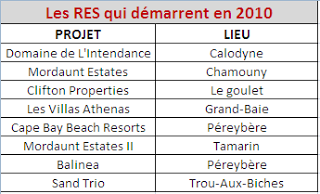 To be eligible for an RES project, one acre lands are enough compared to the 23 acres lands required for an IRS. Furthermore, if the RES does not give direct to a residence permit, this is the case for the IRS. An RES residence prices varies between Rs 15 million and Rs 32 million while an IRS villa’s price starts as from one million dollar. “We created space for a new type of product. There is enough space for two schemes. With the RES, it’s a greater distribution of wealth. It’s real democratization. This is why we ask entrepreneurs to watch the space” Explains Rajuy Jaddoo. The regulations have been softened in favor of the owner.

Such projects’ development requires important capital. Banks are not willing to loan huge amounts while, as warrantee, they only have the Mauritian promoters’ lands. How to explain those starting RES construction sites or which are about to start? “We amended the civil code. Before, a promoter could claim only 5% of the apartments’ prices to the buyer. Now he can claim up to 25% of the amount to finance the construction works.” Explains Raju Jaddoo, the General Director. For Jayen Arunachalam: “In the business plan, the Mauritian promoter’s participation is sum up to his contribution in terms of land i.e. the equivalent of 25% or 30% of the capital. The rest comes from foreign partners.”

What about the buyers’ profiles? It is, in fact, identical to the IRS villas buyers i.e. Europeans and South African. To those future owners are grafted the higher middle class as well as those who expatriated to Madagascar or Reunion island. Radu Jaddoo affirms that the local environment is undergoing this tendency due to the political stability and a growth estimated to 4,7% in 2010.