Tourism and Holidays in Mauritius: 3 S

Sea, sun and sexy ladies: the 3 S which have helped Mauritius to become one of the best high-class holiday destinations in the world. The island has recently been awarded the “Etoile d’or international du tourisme”, and it continues to assert itself as a world-class tourist destination. A good news which confirms the resistance of the Mauritian tourism sector despite the Euro crisis, which is actually prevailing…

Despite the fact that we are actually within the low tourism season, the hotel accommodation sector is struggling hard. Recovery though a bit shy as seen in the month of July a growth of 1.6 % in tourist arrivals as compared to 2012.

Mauritius has a wide variety of natural wonders and attraction such as natural rocky mountains, luxuriant vegetation, natural waterfalls, breathtaking sites and so on. But that’s not all… 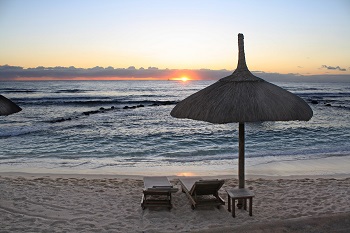 Well-ranked in the Lonely Planet Guide’s “Iles de rêve” listing ,Mauritius has built its fame around its calm and crystal-clear turquoise lagoons protected naturally by coral reefs acting as a safety belt. Consequently, this has given way to the formation of beautiful white sandy beaches which thousands of tourists every year, come to visit and enjoy during their holidays on our paradise island. 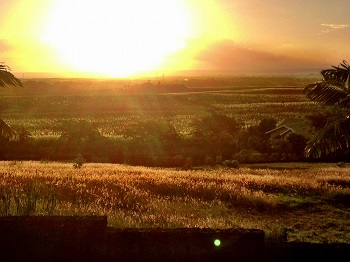 Mauritius thanks to its geographical location in the Indian Ocean, experiences a subtropical climate with very little seasonal temperature variations and sunny hot weather almost all year round implying that the island remains a holiday destination during the whole year. The average Mauritian summer is 28 degrees C : nothing but happiness for European tourists who constantly looking for milder temperatures and sunny climate than with the “extreme” climatic conditions with which they are used to in Europe.

Due to the great waves of immigrants which visited the island way back in History, the Mauritian population as a result, is multi-ethnic and multi-cultural. As a result, the charm and elegance of the Mauritian women is based on this cultural mix. In fact, a great percentage of the population is from mixed background and this cultural melting pot makes the Mauritian woman one of the most beautiful in Africa as they come from all continents in terms of historical and cultural background (Asia, Africa, Europe).

3rd pillar of the Mauritian economy, the tourist sector contributes significantly to economic growth of the country representing about 14% of the Mauritian Gross Domestic Product. The hotel industry is constantly innovating and improving the quality of Mauritian accommodation industry by investing considerably in the latest technology regarding services to meet tourists’ requirements accordingly.

Although hotels remain the most preferred type of accommodation for tourists visiting the island, a new trend is beginning to emerge now: the rental of luxury villas in Mauritius. The Holiday rental concept is becoming more and more popular in Mauritius as tourists are nowadays looking for more customized and spacious high quality accommodations for their holidays whist enjoying the same high-end facilities and services like those offered in hotels: sauna, body massages, Jacuzzis and so on. 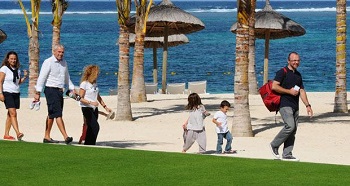 As early as 2006, the Mauritian authorities have set a new strategy meant to boost the tourist sector by increasing its presence in new countries thus developing new markets. The government advocates for the opening of the Mauritian economy by encouraging the construction of new high-class hotels and through the launch of various IRS & RES projects all over the island.

Tourist arrivals for Mauritius has undergone a significant expansion, from 18 000 in 1970 to about 650 000 in 2000. In 2012, 964 642 tourists visited the island and Mauritius expects more than 1 million of them this year. In fact, the Mauritius tourist sector employs about 40 000 people throughout the island. With time, Mauritius has been transformed into an emerging destination in terms of business trips and business-class accommodation. The medical tourism sector is also starting to become popular in Mauritius where more and more tourists are visiting the island for holidays. In 2012, around 21 000 patients from abroad came to the island for medical care and by 2020, some 100 000 patients are expected.

Moreover, Mauritius is focusing on a new market niche to boost tourist arrivals: hunting. According to professionals of the sector, hunting proves to be a good way to attract more tourists to the island. Some tour operators are already offering “hunting packages” to hunters coming from Réunion Island. They are in fact taking advantage from a decrease in air tickets between Mauritius and Réunion Island to boost the sale of their “hunting package”. 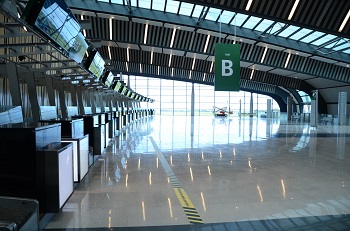 The tourist boom for Mauritius is closely related to the development of the air transport sector. To attract more and more visitors from abroad, the Mauritian government has launched projects to increase airport capacity of the island by building the new terminal of Plaisance airport (Sir Seewoosagur Ramgoolam International Airport). The official opening is scheduled on the 30th of August 2013 and it shall host about 4,5 million of passengers annually. The project required an initial investment of nearly 9 billion MRU.

In line with its policy to promote Mauritius as a world-class tourist destination in new markets, the Mauritian authorities have multiplied their efforts to be present in countries like China, Ukraine and South Africa. More than 40 000 Chinese tourists are expected to visit the country in 2013. Since January, some 11, 880 tourists have visited the island: a growth of 71, 9% compared to last year’s performance! As for South Africa, more than 40 000 visitors landed in Mauritius since the start of the year.