Reasons to Invest in Mauritius 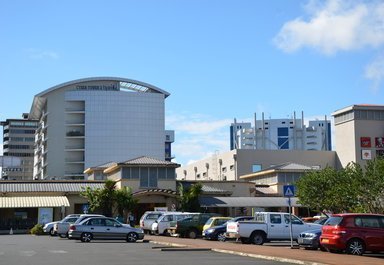 Over the past few years, Mauritius, thanks to its best practices, has built itself a solid reputation as a secure and reliable investment hub in terms of good governance, transparency, ethics, economic and political freedom. Financial Services sector is one of the major contributors to the Mauritian economy and the country has been continuously enhancing its range of financial products thus providing higher and more value-added financial services. Attractive Tax System Mauritius offers a low tax jurisdiction and an investor friendly environment to encourage local and foreign companies to set up a business. The Fiscal Regimes offered are as follows:

Political and Social Stability / Excellent Living Environment Since its independence in 1968, Mauritius, as opposed to most African countries, has been enjoying political stability. The political structure of the island takes place in a framework of parliamentary democracy. Mauritius has a multi-party system with general elections held democratically every 5 years. In fact, all the successive governments have shown a strong commitment to a market-driven economy where free enterprise can flourish and foreign investment prospers. Mauritians approve democratic norms and practices and there have been no reported incidents over the past decades that would indicate disapproval of the same. Availability of Qualified Workforce Mauritius had in September 2012, a labor force of 596 400 The literacy rate in Mauritius exceeds 80% and due its historical background, Mauritians are bilingual mastering English and French. The country is endowed with a workforce made up of young educated people, with varied competencies, ready to be trained. Furthermore, qualified professionals (graduates, lawyers, engineers, programmers, consultants, accountants, executive secretaries, etc.) are not lacking. Besides the academic training given by the "University of Mauritius" and "University of Technology", a lot of Mauritians benefit from an overseas experience by studying abroad (United Kingdom, France, USA, Canada, India, Singapore, Australia and South Africa).

Convenient Economic Conditions for Investors Investor protection has always been one of the major advantages of Mauritius. The country is signatory of several treaties and multilateral agreements assuring the protection of the foreign investors:

No exchange control Mauritius is a free market economy. There is no limit on transferring profits, dividends and capital out of the country. The 2012 Index of Economic freedom, published annually by the Wall Street Journal and The Heritage Foundation, ranked Mauritius 8th in economic freedom in the world, ahead of the United States, U.K, Japan, Germany and France.

Offshore Asset Protection, Double taxation treaties and OECD White Listed Jurisdiction So far Mauritius has concluded 37 tax treaties and is a party to a series of treaties under negotiation. Thus, Mauritius is being considered as a tax efficient jurisdiction. Mauritius benefits from a vast network of double taxation treaties which grant protection of wealth against uncertain political, economic and family conditions. Due to its strategic geographical situation, the island positions itself as a gateway to benefit from the exponential growth in the emerging Africa and Asia trade potential. Moreover, double taxation trust holders can transfer wealth to their successors according to their will and in a tax-efficient way maximizing monetary benefits to family members and others. Click here to access the treaties currently in force. Mauritius is on the OECD White List of jurisdictions which are in compliance with the internationally accepted tax standards offering more transparency and confidence.

Convenient Time-Zone Mauritius situated in the east of Madagascar in the Indian Ocean and thanks to its strategic geographical location, it is now a vibrant trade, investment and tourism hub, connecting the emerging continent of Africa to Asia and to the rest of the world. Benefiting from a very convenient time zone (GMT +4) Mauritius positions itself as a leading business and financial center, open for business before the markets close in the Far East and in time to catch up with opening markets in the US, in the same day.

Foreign Trade Zones / Free Ports The Mauritius Freeport (free-trade zone) established in 1992 is a customs-free zone for goods destined for re-export. The government’s objective is to promote the country as a regional warehousing, distribution, marketing, and logistics center for Eastern and Southern Africa and the Indian Ocean rim. Through its membership in the Common Market for Eastern and Southern Africa (COMESA), the Southern African Development Community (SADC), and the Indian Ocean Commission (IOC). Companies operating in the Freeport are exempt of corporate tax. By the end of 2012, 267 Freeport companies were active in operations such as re-export, transshipment, minor processing, and assembly.

After Dubai, Mauritius comes forward and launches its long-stay visa, making it possible to obtain a one-year permit. Give in the temptation and (...)

The MCB has crafted a whole set of services for a successful expatriation! Download the White paper below to discover all its best tips and (...)

In its TV program Capital, the M6 channel dedicated in November, coverage on the French who benefit from the low taxes prevailing in Mauritius to (...) 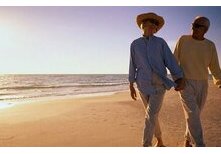 Retire under the sun in Mauritius

You have been working for so many years…now that you’ve retired and saved enough, you are ready to make the most of it…Mauritius is your perfect (...) 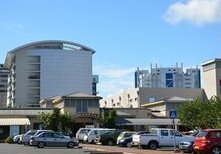 Starting your business in Mauritius

Mauritius is known to be a paradise for tourists but also as an appropriate platform for foreigners willing to start their businesses. In fact, (...) 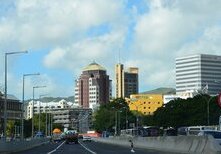 Finding a job in Mauritius

Besides its wonderful beaches and the heavenly beaches, Mauritius is an ideal setting to plan a professional career due to its political and (...)